Rrendär is quite sociable, and having his father leading the clan of Torrians has taught him how to effectively communticate and persuade people. He is also quite intelligent for a Torrian.

Easily half a head taller than most Torrians (and two and a half heads taller than any humanoid), Rrendär is a child of conflict. Raised from birth to be unstoppable in all his conquests, Rrendär, High Prince of the Torrians, is the last surviving child of the Torrian Leader, Gruthow, and holding the entire expectations on his shoulders, he could face no alternative other than success.

He slew the dragon that killed his siblings during his Setzhin Hø, the year spent alone in the mountains, and recovered the lost Torrian fortress of Nrrillinthas in the End World Mountains.

He also recovered his sister’s lost amulet, “Shahapet”, which never leaves his neck, and a ring made of an interwoven fang and claw from the dragon that slew his siblings.

But his power does not just lie in his brute strength. Rendärr was schooled since birth to one day lead the Torrians, granting him charisma and intellect high above the average Torrian (which isn’t really saying much). When he was only 180 years old, the demon, Phsandros, in the guise of an emmisary from Cyre, took possession of his people, and that remained until the new Champions of Argent rescued him and the rest of the Torrians from Uthrix and Physandros. 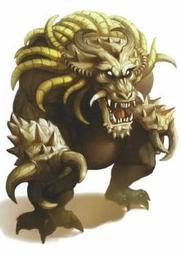