Cleric of The Silver Flame

Born as a bastard child in the rural farming community of Gasuroth along the outskirts of the Elden Reaches, Cid never knew his father growing up and thus relied on the community for guidance and advice. Even though he always held a grudge against the man who raped his mother, Cid knew he would cease to exist if it weren’t for his immoral actions. Although she never spoke of him, Cid learned from the townsfolk that his ‘father’ was a high ranking official of the cloth, but from an unknown church. Under the given circumstances of his birth, Cid and his mother would be in grave danger if such church heard about his conception. Thus, the community worked together to hide Cid from the outside world and swore an oath to a veil of secrecy.

Cid worked hard to give back to the community for everything they did for him, but believed there was more to life than farming. His passion for adventure and strong will could not be contained leading him to pursue the strenuous, yet rewarding training of Martial Combat during his free time. Cid felt that with his strength and determination, he could crumble mountains and destroy vast armies with the swing of his weapon. However, everything changed one fateful night when a horde of goblins pillaged the small village of Gasuroth leaving no survivors, minus one. Cid, hidden in the pantry of the kitchen, witnessed the slaughter of his mother through the crack of the door as a goblin embedded his axe into her shoulder, leaving him alone in the world of Eberron. Be that as it may, soon after her death, Cid’s mother was avenged by a passing by Cleric returning from a holy mission in the Shadow Marches to Audair. Feeling pity for the child, the noble priest, Xavier, rescued Cid and took him on as his apprentice. Having no one left, Cid followed Xavier to Audair and took on the responsibilities of a Silver Flame student. Even though Cid had minimal belief that there actually was a so called “god,” he reasoned it was much better than living a farmer’s life.

Having no one to emotionally attach to, Cid worked hard and progressed quickly through The Silver Flame rankings, continuously trying to impress Xavier and his classmates, showing no sense of sorrow or pain for his losses. Though appearing legit and true, Cid secretly had no interest in the church, but rather was more interested in the vast knowledge and information that was present in The Silver Flame’s athenaeum. From the moment Cid learned of his immoral creation, he swore to find the man who raped his mother and decide his fate accordingly once confronted.

Days turned into weeks, weeks turned into months and months turned into years as Cid progressed through his training, excelling to the top percentile of his class. Interestingly, unbeknownst to the church, Cid found a subtle, yet common flaw each of The Silver Flame officials possessed: Pride. The more Cid claimed to be “a beacon of faith,” converting commoners into believers of the church, the quicker he gained their trust giving him quicker access to the information he ever so longed for. With such an easy feature to manipulate, Cid exaggerated his faith to the point of ludicrousness, but excelled greatly because of it. Within a fraction of the time required, Cid had much of the churches resources at his fingertips and acquired the trust of many of the ranking officials.

Only time now stands between Cid and the meeting of his maker, for The Silver Flame’s athenaeum contains information not only of its own religion, but also contains private information of the other churches as well. 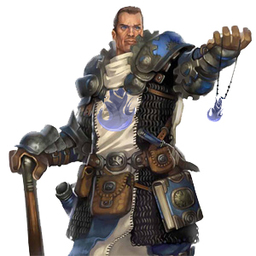